Douglas Partners' Canberra branch is currently undertaking an interesting and challenging project for the ACT Government to reclaim part of Lake Burley Griffin for the West Basin Re-Development.

Over-water CPT testing is currently underway to profile the depth and strength of the lake sediments and underlying soils. This work will assist Douglas Partners' analysis of the reclamation techniques. 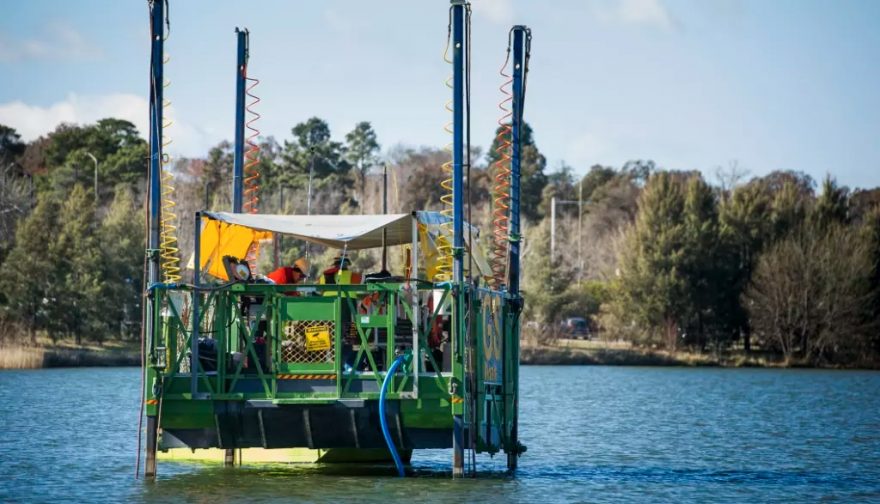 Testing sediment depth at Lake Burley Griffin from a barge to help with further redevelopment of the park, including the boardwalk. Credit: Elesa Kurtz

Workers will begin testing the depth of sediment in Lake Burley Griffin as they look to expand the West Basin shoreline as part of the area's redevelopment.

The ACT government has already spent about $13 million on the ambitious project, opening the new Henry Rolland Park earlier this year.

Phase two of this development will see 2.8 hectares of the lake filled with rocks, which would then need 18 months to settle depending on the depth of the silt.

"That's quite a long area of waterfront," Mr Holt said.

The development would add an extra 500 metres to the boardwalk at Henry Rolland Park with phases two and three to occur north of the new park.

The government then plans to release the land overlooking the lake, including the space once home to the Westside Container Village.

Plans for apartments on this land have already met international outcry, with opponents of the development saying it would create enclaves for wealthy investors while shutting Canberrans out of park space. 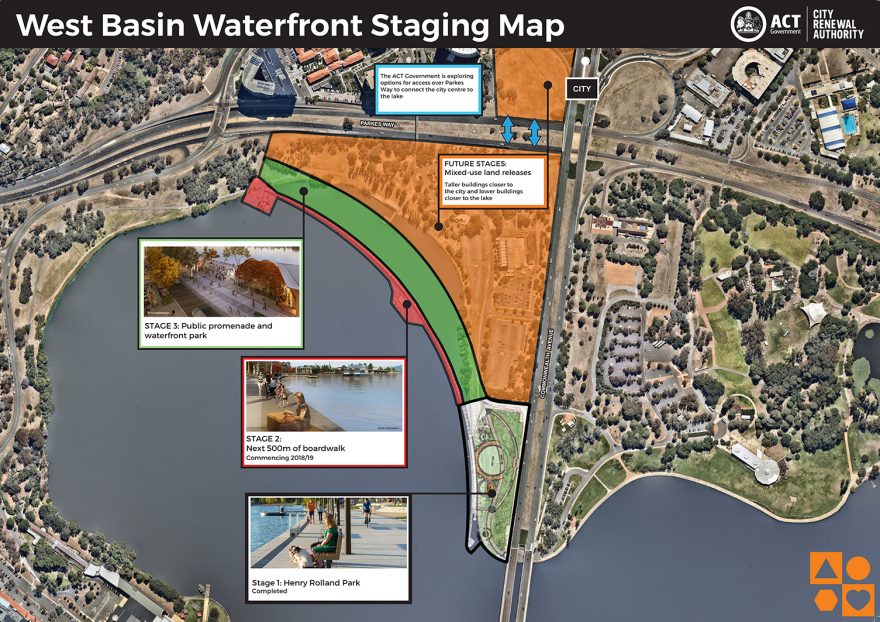 The ACT government must also negotiate a land swap with the federal government, which oversees the National Capital Authority, which in turn owns land at several prominent sites across Canberra including the lake and surrounding land.

The ACT government has plans to sell part of the land to the Australian National University.

It has also budgeted $37 million over the next two years for the development, including laying pipes for the planned apartments, despite not even having ownership of the land.

Mr Holt said the depth of the silt will influence the size of the rocks used to fill the lake, with engineers ruling out concrete or building rubble.

"You need a consistent product to ensure you get a uniform settlement across the site because we're going to build a landscape urban park," Mr Holt said.

Canberrans can expect to see the barge crews out on the lake over the next couple of weeks.

Click here to read the article at The Canberra Times