When concern was raised over potentially hazardous ground gases from a former landfill adjoining a new estate for low density housing, Douglas Partners was called upon to investigate and assist the site owner to comply with relevant health, safety and environmental regulations.

A new estate for low density housing was proposed to be developed adjoining the former Willawong landfill at Doolandella, near Forest Lake, and potential existed for hazardous ground gases from the landfill including methane, hydrogen sulphide, carbon monoxide and carbon dioxide to impact on the development. An investigation was required by Brisbane City Council to identify any ground gases along the boundaries of the development site that adjoined the former landfill.

Douglas Partners was retained by the developer for the investigation, and this comprised installation of a number of gas collection wells approximately   four metres in depth below ground, and monitoring for gases in the wells over several events. The project was conducted in accordance with the NSW EPA 2012 guidelines for assessment of hazardous ground gases, where both the concentration and flow rate of gases were measured in each well. From these data, “Gas Screening Values” were calculated to identify the risk factor and any remediation requirement.

Douglas Partners was pleased to assist the site owner to comply with the relevant health, safety and environmental regulations, and ensure that the development could be constructed without any potential for impact from hazardous ground gases.

“The potential for hazardous gases to occur at the site was high because it was adjacent to the former Willawong Toxic Waste Landfi ll, which provided the only facility for disposal of hazardous materials and liquids in Southeast Queensland for many years.” 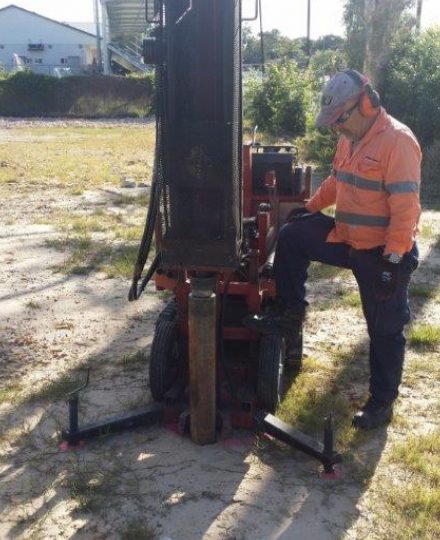