EastLink is the 39km motorway in Melbourne’s east, connecting the Eastern, Monash, Frankston and Peninsula Link freeways. Douglas Partners was the lead geotechnical consultant undertaking preliminary and detailed designs for the project together with inspection, monitoring and verification services. 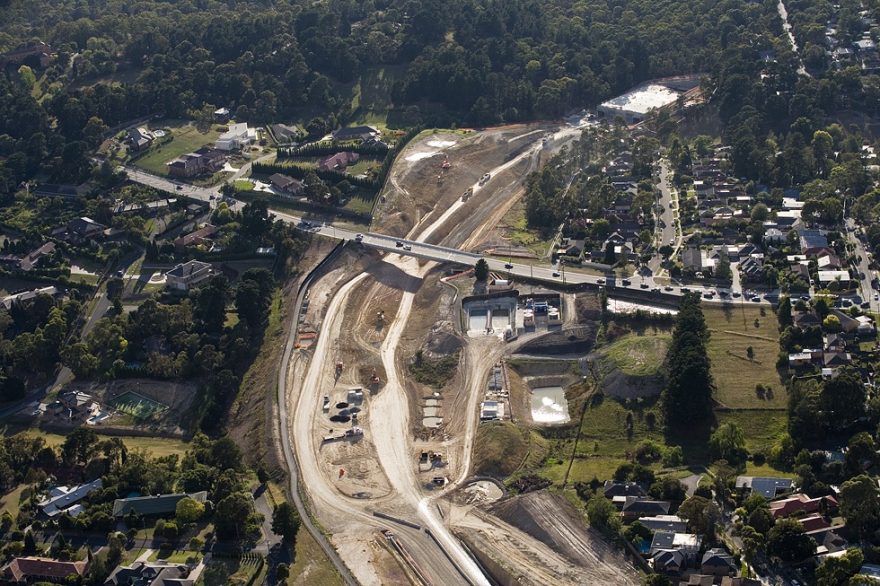 The project links the Eastern Freeway in Mitcham with the Frankston Freeway in Melbourne’s south-east. It included 39km of tolled motorway and 6km of bypass roads at Dandenong and Ringwood, twin three-lane 1.6km tunnels under Mullum Mullum Creek, and 103 major structures including 88 bridges.

Douglas Partners was the Lead Geotechnical Consultant appointed by the joint designers and subsequently to the joint contractors for the delivery phase. DP undertook the preliminary and detailed designs for the project, coupled with inspection, monitoring and verification services throughout the construction phase.

As one of the largest projects delivered by the private sector in Australia under the Victorian Government’s Partnerships framework, the 39km motorway set a new benchmark for modern infrastructure. EastLink was delivered on budget and construction completed 5 months ahead of schedule. EastLink opened to traffic on 29 June 2008.

“To have been appointed as Lead Geotechnical Consultant by both the Designers and Contractors was a testament of their faith in Douglas Partners to provide practical solutions on a complex project.”

EastLink was the largest urban road project constructed in Victoria with a construction cost of $2.5 billion. The six lane tollway forms a key component of Melbourne’s arterial transport network.