The Frieda River Project is one of Asia-pacific’s largest undeveloped copper and gold deposits containing over 12 million tonnes of contained copper and 18 million ounces of gold.

The area is one of the most isolated and technically challenging mine sites in the world. It is covered by a dense jungle canopy which drapes steep mountains incised by rivers and is bounded by the Sepik River Flood Plains covered by peat swamp. There are no roads and only one small airstrip on the Frieda River specially built to service the project. The site’s complex geology and geomorphology continues to be shaped by earthquakes and surface processess. Consequently the project faces many potential geohazards including active faulting, soft ground, flooding, liquefiable soils, river avulsion, pyritic rock, active landsliding and earthquakes.

Key to the project was overcoming many logistical challenges from mobilising people to and from site (over 40 DP staff from all over the company were involved over the three years), to communicating and coordinating with site teams and consultants spread across PNG, Australia, USA, Switzerland, UK and Chile.

“Considering the enormous area and extreme geologic and geotechnical issues over the site area this was a tremendous effort and DP should be commended for their work on this project.” 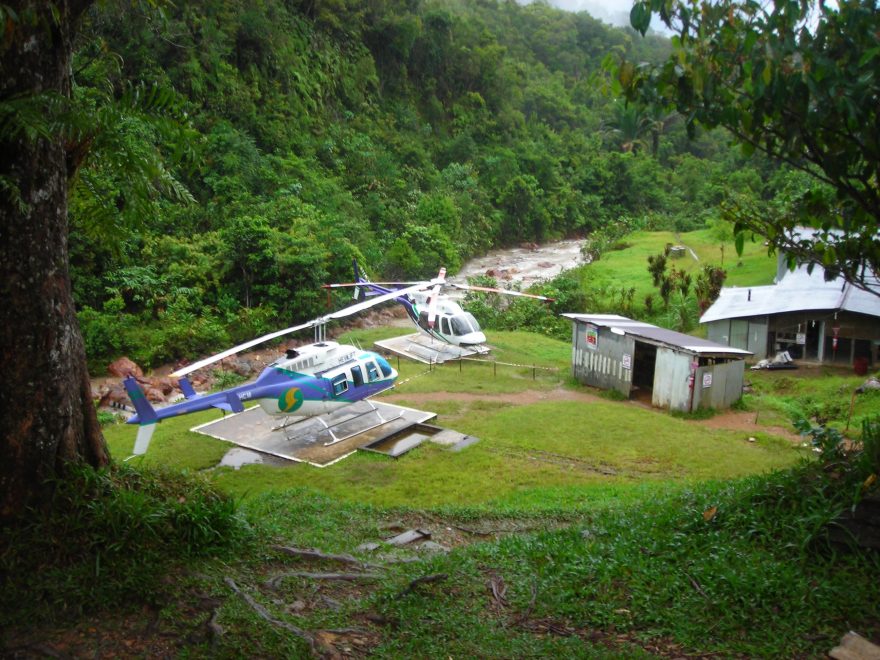