Unknown convict mine workings were identified during the installation of piles for the City Extra Apartment Building requiring a rapid response from Douglas Partners to reduce the risk of pothole subsidence and to get the construction program back on track.

The City Extra is a $95M residential development consisting of seven floors of apartments as well as three small commercial spaces and two levels of basement car parking built on the former Newcastle Morning Herald office and printery facility between Bolton Street and Newcomen Street in Newcastle. Next door, the historic Eldon Chambers was restored into premium office space and has become a feature of the new development.

Previous investigation completed at the site since the early 1970’s which included an investigation by Douglas Partners in 2002 confirmed the presence of an unmined coal seam (Dudley Seam) but there was no evidence of previous mining.

Towards the end of the foundation piling works, previous unknown convict era workings in the Dudley Seam were penetrated by the piling rig. Construction was immediately suspended and the client requested urgent geotechnical assistance. DP responded by having a geologist and engineer on site within an hour and held a meeting with Mine Subsidence Board within two hours. Investigation drilling and geophysical survey commence the following day.

The workings were irregular unmapped convict mines from pre-1850s which represented a risk of pothole subsidence and loss of foundation support to the new structure. Having regard to the construction stage of the project, the solution agreed by DP, the client and the MSB was to backfill the mine workings with a cement-based grout that essentially eliminated mine subsidence risk without significant adverse impact on the building foundation programme.

The grouting process included an extensive drilling investigation and use of in-house sonar and camera to assist in understanding the mine layout. Site grout trials were undertake to better understand the grout fl ow characteristics. Verification of the grouting works included recording grout volumes at each bore location together with cored drilling. The total grout take was about 680 m2.

MSB approved the final verification report prepared by DP and the construction was recommenced. 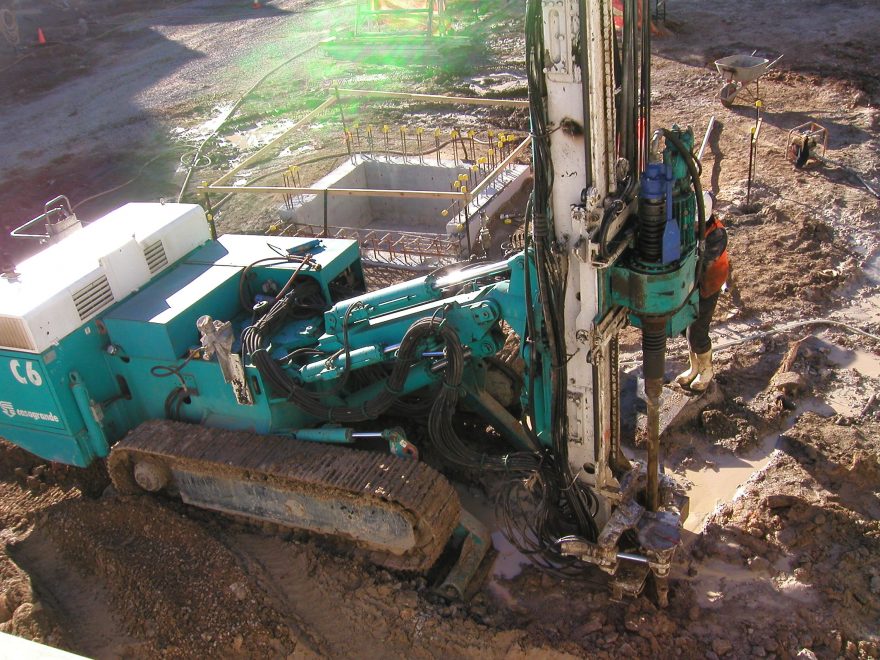 “The immediate response from Douglas Partners demonstrates our commitment to clients and the depth of experience with remediation of mine workings.”