This ambitious project involves redevelopment of three whole inner city blocks. The project and site presents numerous geotechnical challenges including stabilising abandoned mine workings, the stability of deep excavations, management of contamination and dewatering of excavations. 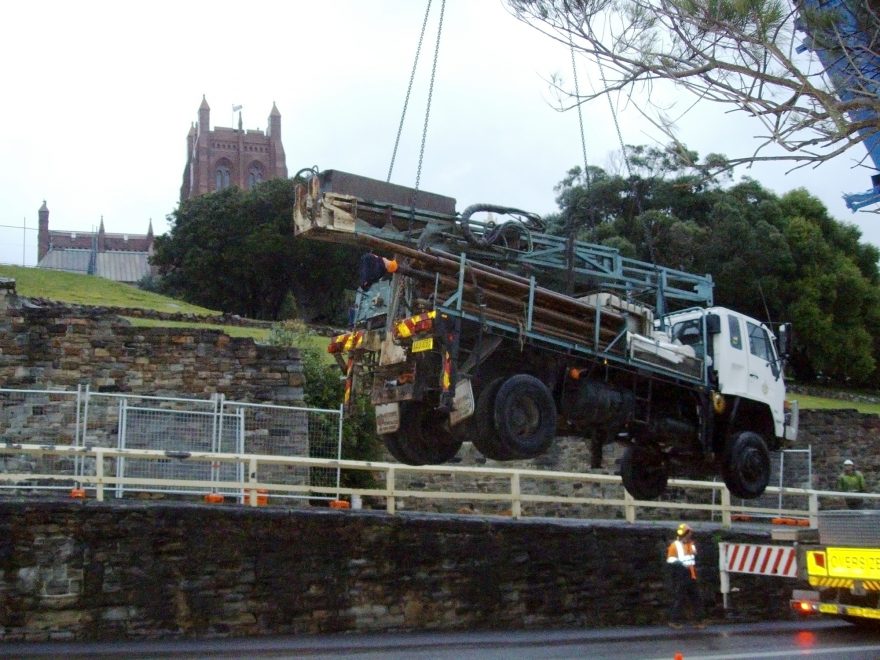 The Newcastle East End project is an ambitious project to revitalise the Newcastle CBD and comprises redevelopment of three whole city blocks. The site presents numerous geotechnical challenges including being underlain by abandoned mine workings in two coals seams. The Douglas Partners team was selected for the project based on their thorough understanding of the complex issues at the site. GPT was familiar with Douglas Partners' work from the Charlestown Square project and they recognised that there were significant in-ground risks to this project which could best be managed by working closely with Douglas Partners.

A key challenge to the project was the known presence of unmapped workings in the Dudley Seam at shallow depth below the proposed deep basement.

The presence of the workings presented of not only a risk of mine subsidence, but also a risk of instability of the upslope hillside with the historic Newcastle Cathedral and Newcastle Club landmarks at potential risk. Douglas Partners commenced detailed investigations of the site, including deep drilling to the Borehole Seam at about 80 m depth as well as line drilling to identify the extent of shallower unmapped workings, where sonar mapped was used. A contamination assessment and hydrogeological assessment were also undertaken.

Extensive numerical modelling of potential mine subsidence and slope stability was undertaken using LAModel and Plaxis. The subsidence modelling included calibration of the model to replicate reported subsidence from the Second and Third Creeps (mine pillar failures) which occurred in the early 1900s. The model was then used to assess various potential grouting strategies. The mapping of the shallow workings was used to develop a detailed mine grouting strategy designed to protect the building foundations and maintain stability for the hillside for the proposed excavations. Constructability was a key issue with the shallow workings containing artesian (pressurised) groundwater complicating the process of grouting, diaphragm wall and footing construction. Douglas Partners facilitated a risk assessment workshop with all parties related to construction including grouting, wall construction and piling contractors to ensure all construction issues had been considered.

The grouting strategy for the site is currently being refined by Douglas Partners based on a revised development proposal. 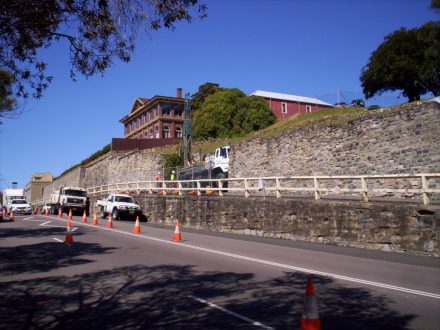 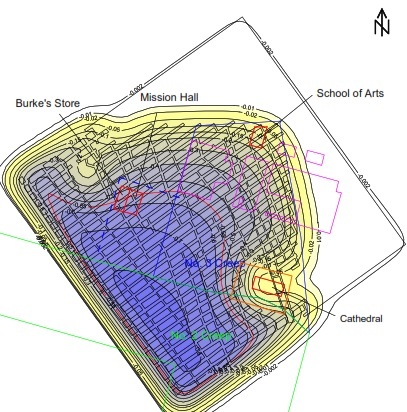 Calibration of Model to Second and Third Creeps