Drilling is underway for a new share path bridge across the Unanderra to Moss Vale railway line at Moss Vale. ​The work is being constructed by Saunders Civilbuild for Wingecarribee Shire Council.

Douglas Partners has previously undertaken geotechnical investigation for the bridge in 2016 for Arcadis Australia Pacific, the project engineers. We were able to optimise the investigation by referencing previous boreholes we drilled at the site in 1993. Douglas Partners is following up the 2016 investigation by undertaking inspections during construction to confirm that the founding conditions are in accordance with design requirements. 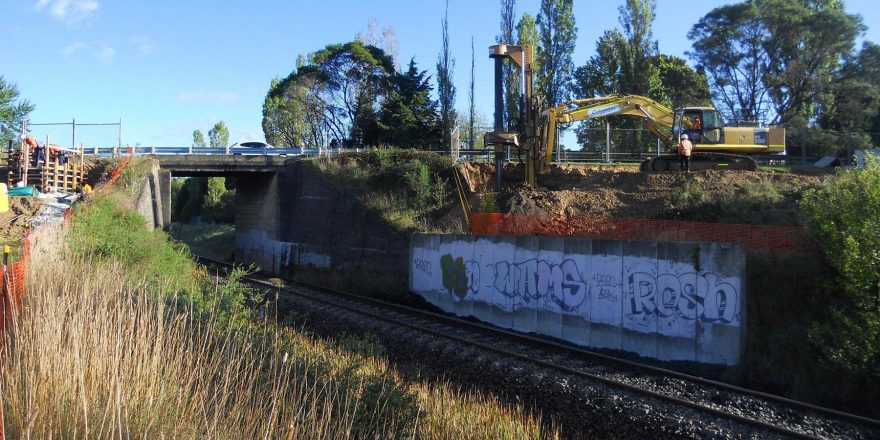