When a residential developer contacted us with a potentially serious environmental hazard, our team of leading experts got straight to work. Here’s how our comprehensive analysis, problem-solving and negotiation skills ensured a land contamination issue resulted in approval to proceed. 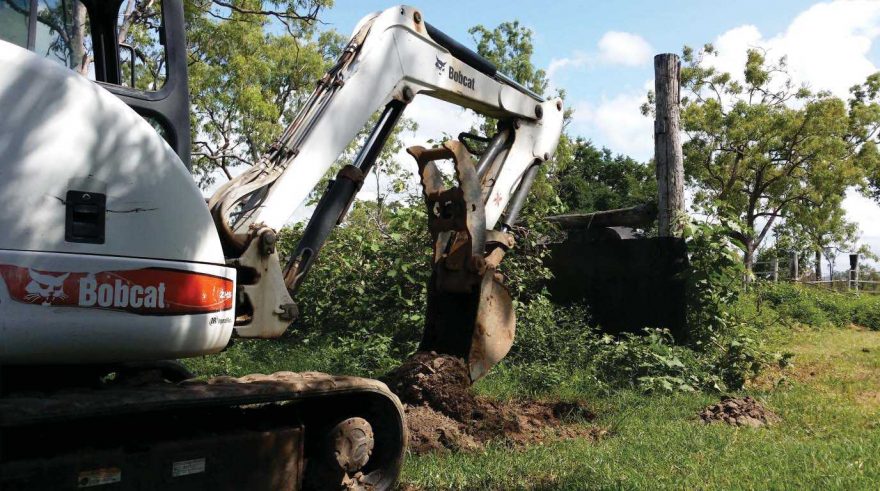 Investigation of the cattle dip commences.

Mount Margaret estate is set within the lifestyle precinct of Townsville’s Alice River and has been developed in stages since 2012.

In the year following commencement of stage one, the Queensland Government introduced the amended National Environment Protection (Assessment of Site Contamination) Measure.

This posed a significant challenge, as the subdivision was formerly an operating cattle station and listed on the Environmental Management Register (EMR) due to likely use of organochlorine pesticides (OCPs), such as DDT.

Our environmental specialists were engaged to assess the potential impact of the station’s cattle dip and its contaminants on stages one and two of the development. After thorough investigation, we found no evidence of OCPs in the soil and initial land parcels were excluded from the EMR.

With this positive result in hand, we were then appointed to undertake further investigation to ensure all remaining land was also removed from the register.

“Negotiations with site auditor and regulatory bodies successfully minimised the risk to the development.”

Subsequent analysis showed low levels of DDT in surface soil around the cattle dip. Based on Department of Environment and Heritage Protection (EHP) requirements only two options were available, either offsite disposal or onsite containment. However, chemical concentration levels exceeded local landfill guidelines and Townsville City Council wouldn’t allow a containment cell within the subdivision.

The estate’s viability was genuinely compromised. That was until September 2015, when DP identified that the newly introduced EHP requirement for compulsory use of Contaminated Land Auditors may allow a more practical solution.

This legislative change, combined with our skilled negotiation, saw a relaxation of the remediation goals. Supporting evidence also showed the levels of OCP didn’t pose a signifi cant risk to the environment or community, and the resulting Contaminated Land Investigation Document was the first to be approved by EHP on initial submission after the introduction of compulsory CLA’s.