Each year the Defence Reserves Support Council recognises employers who have actively supported their ADF Reservist employees within their civilian and military workplaces. This year, Douglas Partners was proud to be presented with a Supportive Employer award from the Defence Reserves Support Council in recognition of the support and encouragement provided to Jack Snowden, an Environmental Scientist in Douglas Partners’ Sydney office.

Jack is a section commander with 7 Light Battery, 9 Regiment, Royal Australian Artillery based in Sydney and has been a part of the Defence Reserves for over 7 years. He participates in training exercises and attends and instructs on courses across Australia on a regular basis.

The ceremony, which took place at the State Library of NSW in Sydney and was hosted by the NSW Defence Reserves Support Council (DRSC), was attended by Jack (in full uniform) and Paul Gorman, Principal and Environmental Manager in our Sydney office.

"From the date of employment, Douglas Partners has been supportive of my commitment to the Australian Army Reserve. Managers at all levels are both curious and supportive of my involvement in the Army Reserve. My managers have actively encouraged my attendance to training exercises and overall involvement with defence. A clear Defence leave policy is incorporated within the company's internal policies which allows reservists to complete a number of the required training exercises throughout the year with capacity for further training as required. I have been absent for a number of required and voluntary training exercises and courses since my commencement at the company and all absences have been supported and encouraged at all levels of management. Douglas Partners' continued support of the Army Reserve has enabled me to both progress in my professional capacity while also improving my capabilities in the Australian Army Reserves. At no point have I been disadvantaged due to my commitments with Defence and Douglas Partner's ongoing support has enabled me to maintain a high level of capability while also continuing to progress in my civilian role." Jack said following the ceremony.

The event highlighted the strong support Douglas Partners and many employers across NSW provide to reservists and was also an opportunity for employers to learn more about the programs offered by Defence Reserves Support, gain a better understanding of the many roles reservists undertake in the ADF, and how their reservists’ military skills are transferable to their civilian workplaces.

Douglas Partners stood in elite company at the ceremony with other recognised employers including Qantas, Westpac and Sydney Trains to name a few. 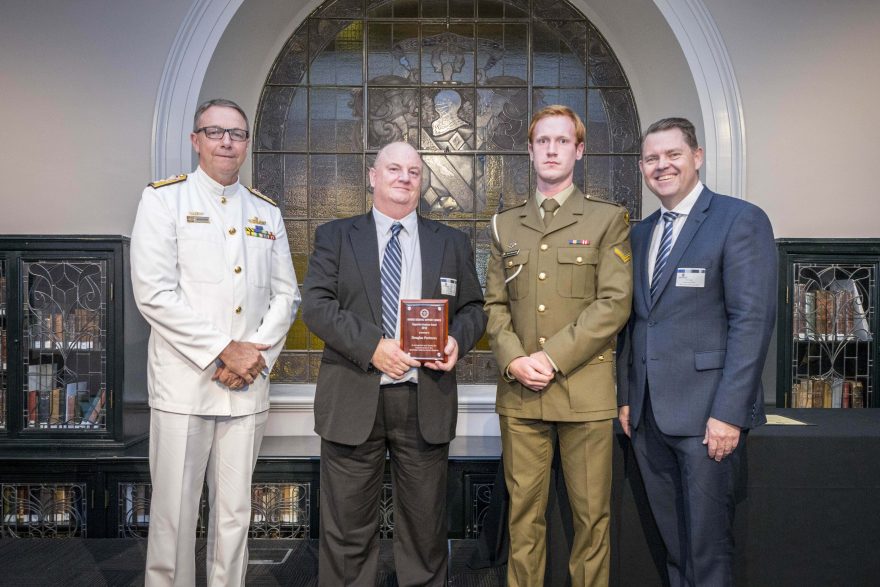