The 300 hectare, Mount Margaret cattle station at Alice River, west of Townsville, was being developed for a low density residential estate and associated parklands, since 2012. Preliminary investigation at the site identified a disused cattle dip which posed a potential risk to the development.

Investigation commenced in 2013 when Douglas Partners demonstrated that potential contaminants had not migrated from the dip towards the development. Allotments formed during Stages 1 and 2 of the Mount Margaret subdivision were removed from the Department of Environment and Heritage Protection Environmental Management Register (EMR).

Further investigation was requested in 2014 to have the allotment removed from the EMR. Intrusive works focused on the cattle dip, which was considered to pose the highest risk of contamination. Subsequently, DDT was observed in the surface soils of the holding yards and at depth adjacent to the cattle dip itself. Investigation beneath the dip was not initially possible, and Douglas Partners was required to prepare a Site Management Plan (SMP) and Remediation Plan prior to demolition of the dip and further investigation.

Demolition of the dip occurred in December 2014. Validation testing identified residual concentrations of DDT and it’s derivatives in surface soils, and stockpile characterisation for soil disposal identified concentrations of DDT, that while considered to be low risk from a human health and environmental perspective, were ten times the allowable levels accepted at the local Council landfills. An option for on-site containment was investigated that was similarly deemed unacceptable by Council. Seemingly at an impasse, removal from the EMR looked less and less likely, until new Environmental Legislation came into effect on 30 September 2015 that requires all contaminated land investigations be audited and endorsed by an Certified Contaminated Land Auditor prior to submission to EHP.

Through Liaison with the Auditor and a specialist Environmental Chemist, a less conservative approach was found that allowed the material to be considered safe for retention on-site and for the allotment to eventually be removed from the EMR in March 2016.

“Undertaking investigations in such a manner is not ideal, however, necessity dictated Douglas Partners' ability to adapt and achieve the desired outcome of the project.” 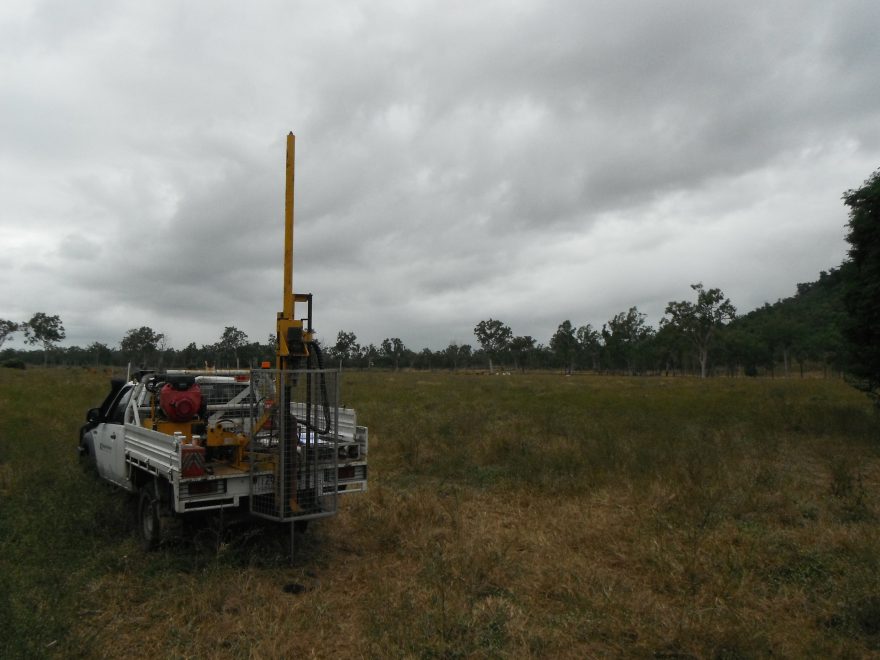 Once a successful cattle station, Mount Margaret is one of the newest low density housing estates presently under development in Townsville.