The Newcastle Courthouse is built over abandoned mine workings in two coal seams. Douglas Partners used Sonar technology to accurately map the workings and used numerical modelling to design a robust grouting strategy to protect the important structure.

The Newcastle Courthouse is a state of-the-art seven storey, 12,000 m2 building constructed over two sets of potentially unstable abandoned mine workings at about 25 m and 75 m depth. Douglas Partners were selected to provide advice to APP Corporation and the NSW Department of Justice based on their extensive knowledge of the mine workings and their team who have a solid track record of design and verification of mine remediation works.

Due to the high importance of the structure and following consultation with the Department of Justice and the Mine Subsidence Board it was agreed that a robust grouting strategy be employed to ensure stability of the mine workings. Computer modelling was undertaken by in-house specialists using LAModel to assess potential subsidence for various grouting options. A third party peer review of our modelling confirmed the suitability of design options.

The adopted schemed involved bulk grouting of the Dudley/YardSeam below the site and targeted grouting in the Borehole Seam. The Borehole Seam grouting comprised full encapsulation of key pillars below the site to limit subsidence to that which could be tolerated by structural design and taking into account surface access constraints. The resulting grouting layout was considerably less extensive than preliminary designs by others and allowed grouting to be undertaken within the site extents.

The use of ongoing sonar mapping ofthe workings in both seams during theworks allowed variations in the layout, as compared to the the historicalmine plan, to be identifi ed early andreduced drilling requirements as well as verified that all areas of workings had been satisfactorily remediated. Careful monitoring of the grouting works allowed a refined understanding of the behaviour of grout and how it permeates through the workings. 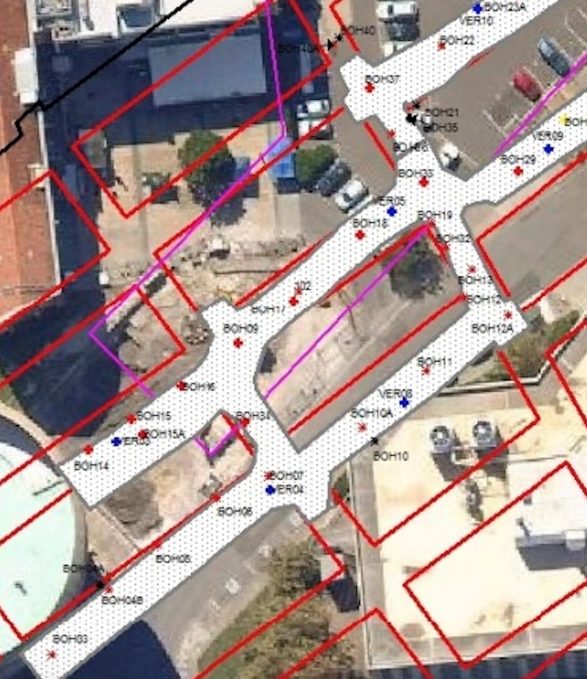 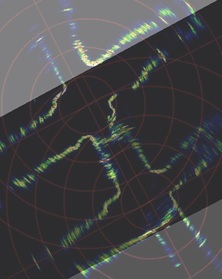 “Douglas Partners have a detailed understanding of the mine rectification process which was of great benefit to the Newcastle Courthouse project team.”