Geological faults, even minor faults in the rock such as is seen in the photo below, can result in significant changes in ground conditions over short distances and major impacts on development. 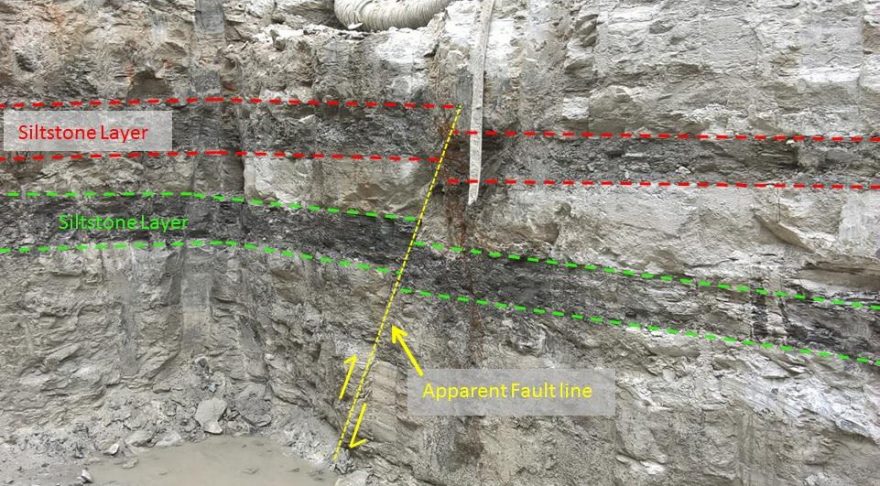 This fault was observed in the side of a lift shaft excavation, during a routine footing inspection on a major project in Sydney. The apparent displacement of the siltstone seams and bedding planes suggest that the vertical movement of the fault (a reverse fault) was in the order of 75 mm to 100 mm.

While this fault was relatively small and there was no immediate impact on the construction of this lift shaft, Douglas Partners' mapping of the fault was helpful at a later stage of the project when the understanding of the geological defects on-site was was critical on another part of the development. This mapping, which took only a few minutes to be carried out by Douglas Partners' geotechnical engineer, enabled a targeted investigation to be carried out on another part of the site which saved our client significant time and money.